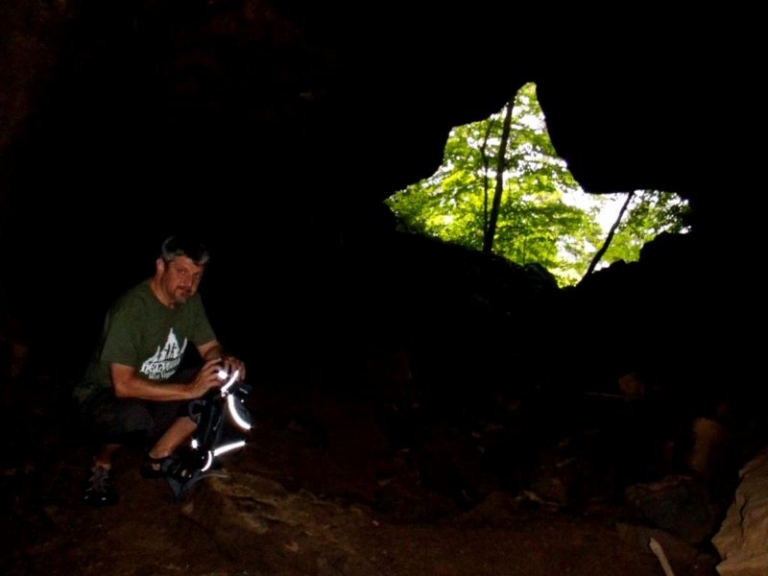 One of the strangest tales to come across my desk in recent months is that of the legend of Sinking Creek. I can find little information on the story's origin, which would seem to have been in Greenbrier County — among the sunny pastures that conceal a labyrinth of caves and underground rivers. Charted and unchartered caverns extend for miles below its surface.

It was into that deadly darkness that the unnamed subject of this tale claims to have fallen. The event was reported to have occurred on the farm of Gen. A.W.G. Davis near Frankford just before the Civil War.

(There is a Sinking Creek several miles east of Frankford near Williamsburg, though this Sinking Creek seems to have been a smaller creek near Frankford and one of many that disappear swiftly into the caverns nearby.)

Is it possible for an unwitting person to have survived being lost in utter darkness?

The chronicler, also unreported in my papers, claims to have met the survivor some years later in Muskegon, Mich., during which he recounted the harrowing tale:

"I was plowing on Gen. Davis's farm in 1856, unsuspicious of being on insecure ground, when suddenly the earth seemed to fall beneath me. I saw the horses descending but was too frightened to let go the plow handles.

"The pitch of the horses with the earth gave my fall an impetus, and somehow I caught the mane of one of them and held on instinctively. What I thought when falling I can hardly tell. When I landed, I fell on the horse whose mane I had hold of, and, although the horse was instantly killed, I was merely stunned and confused.

Read also: Geologic mystery in the Greenbrier Valley visible only from the air

"On recovering myself, I looked up, and the hole through which I had fallen looked so small, I concluded I had fallen a full 150 feet.

"My first thought was to call for aid, but I Instantly recalled that I was at least a mile from General Davis's house and there was not the remotest possibility that anyone had seen my descent into the Earth. It was then early morning, and as I had brought my dinner with me, no one would miss me until nightfall.

"While going over these thoughts in my own mind, I heard the rush of water near at hand, and it occurred to me that I must have fallen upon the bed of Sinking Creek, which, as you know, falls into the earth above Frankford and does not come out again until it reaches the bank of the Greenbrier River.

"To stay where I was or attempt to follow the subterranean passage was the next question. I sometimes took the teams to my own tenant stables, and therefore might not be missed for days, so I determined to follow the stream. I waded in it, and judging from the depth of about two or three feet, I concluded it must he the identical Sinking Creek spoken of.

"Leaving my dead companion behind me, I followed the stream. For the most part I had pretty easy work of it, but sometimes I came to a deep place when I was forced to swim for considerable distance. I was often precipitated headlong into deep water by the precipitous nature of the rocky bed of the stream.

"Talk about the darkness of the grave! The grave itself could not have been more impalpably dark than the passage which I was following. The occasional rippling of the water was an inexpressibly dear sound to my ears. Day and night were the same to me.

"At last, wearied with my efforts, I laid down on a comparatively dry rock to rest and must have slept for hours. When I awoke I took to the water, carefully ascertaining which way it ran so as not to lose my labor by retracing my steps.

"It seemed to me that the further I went, the more difficult progress became. When I had gone perhaps a mile, I came to a place where the archway narrowed so much that I had to crawl on my hands and knees in the water. Here was a dilemna I had not looked for. I tried either bank of the creek, but found no passage. I could swim under water a considerable distance, but the distance before me was unknown, and I halted long before making the dangerous venture.

Find out more about caving in West Virginia!

"At last I concluded that my fate was equally doubtful in returning as in proceeding and plunged boldly in the current and soon found that it was so swift in its confined passage that I only needed to hold my breath to go through. In the course of 20 or 30 feet I got my head above water and took a long breathing spell.

"Again the archway seemed to enlarge, and the bed of the stream became more even. I sped along comparatively rapid, keeping my hands outstretched to prevent my running against the jagged rocks. Wearied out, I again laid down and slept soundly in my wet clothes.

"On awakening I pursued my way down the subterranean stream, and at last, in the long distance ahead, saw a glimmering that looked very bright in the darkness. Nearing this, I found it did not increase in brightness, and when I had gone perhaps a mile, I came to another place where my path narrowed and the tunnel filled with water.

"My case was becoming more desperate. I could not possibly retrace my steps, so I submitted myself to the current and was overjoyed to find myself rapidly swept into day light. Exhausted and half drowned, I crept out upon land and was not long in recognizing the objects about me. I had come out into Greenbrier River, as I knew from the familiar look of General Davis's mill on the bank.

"On reaching home, I found I had been about forty-eight hours making my perilous journey of six miles underground." 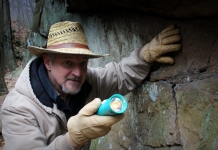