Pioneers called it The Devil's Backbone, as most believed such an unnatural thing could only be the work of the Devil. While geologists now understand the forces that created this dramatic arch in the mountains, the explanation may be even harder to believe.

When Jacob Marlin and Stephen Sewell arrived in the valley of the Greenbrier River in the 1770s, the forces that created the sandstone arch were little understood, though they are perhaps even more unbelievable than a demonic cause.

Geologists say the layers of sandstone that vault upward at the backbone are, almost unimaginably, the remnants of a beach that had first been laid down some two billion years ago.

The grains of sand laid down on that beach were then buried, uplifted, eroded, and deposited again as a beach three different times before being warped and exposed here—near what's now Marlinton, West Virginia.

The rock strata's most recent incarnation as a beach may have been as a shore of the Iapetus Ocean, a predecessor of the Atlantic Ocean that underlies parts of the eastern U.S. and western Europe. Read also: Did the Iapetus Ocean ever exist?

Much like the Atlantic coast today, the beach stretched a vast distance. The remnant of that beach is now known as the Tuscarora Sandstone, named for the Tuscarora people, who lived near where the rock was later identified on Tuscarora Mountain in Pennsylvania.

Aside from the backbone, the sandstone outcrops remarkably in other areas in West Virginia as well, most spectacularly at Champe Rocks, Nelson Rocks, and Seneca Rocks, where it has been turned upward on edge by mountain-building forces that buckled the Earth's crust. It also forms the Hanging Rocks on Peters Mountain in Monroe County.

Here at the backbone, the Tuscarora was folded by the same forces that created Seneca Rocks 200 million years ago, according to most reckonings. The fold is geologically known as the Brown's Mountain Anticline, which extends some 80 miles across parts of Monroe, Greenbrier, and Pocahontas counties.

The West Virginia Geologic and Economic Survey described the fold technically in a 2013 survey:

"Intense folding in the eastern portion of the study area associated with the Brown's Mountain Anticline was probably initiated by thrust faulting deeply "rooted" in Ordovician shale present in the subsurface. Deformation propagated readily through overlying units resulting in west-vergent compressional folding of strata in the area.

"The Silurian Tuscarora Sandstone is the dominant ridge former in the study area and is prominently exposed in Devils Backbone, an erosionally breached anticlinal feature on the east edge of the Quadrangle."

While the average visitor may not be as concerned about its origin, the landmark is definitely among the region's best known, says Cara Rose, executive director of the Pocahontas County Convention and Visitors Bureau.

"It seems that every time I drive by there are people taking photos," Rose says.

The backbone may be especially well known to skiers visiting Snowshoe Mountain as it rises along WV-39, part of one of several preferred routes between the resort and I-64 to the south.

The towering blades of quartzite that form Champe Rocks, in Pendleton County, might seem a world away from the battlegrounds of the American Revolution, but by chance, they are tied to the history of Benedict Arnold, among the nation’s best-known traitors.

George Washington himself trusted Arnold with the command of fortifications at West Point in 1780, but Arnold secretly planned to surrender the fort to the British and, when discovered, fled to New York City and boarded a British vessel on the Hudson. Read the full story here. 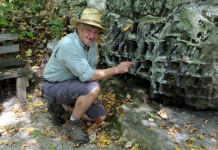 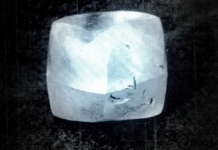 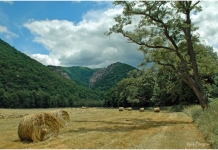