There was a time when Wheeling was being proposed as the location for a new capital of the U.S. At the junction of the Ohio River and the National Road, and nearer the heart of the expanding new nation, the flourishing city to some seemed ideally suited.

At least two writers in the 1820s proposed that Wheeling would make a better capital than Washington, D.C., according to historian George W. Summers.

Marquis James in his book "The Raven, a Biography of Sam Houston," declared that Houston after an 1823 visit to Washington spoke of moving the capital to Wheeling as if the idea had already been bandied about.

Then the former president of the Republic of Texas, Houston cared little for Washington and the vast undeveloped spaces between its monumental civic buildings.

"Public buildings were miles apart," James wrote. "When one had to walk through the mud from one to another, the metropolitan idea seemed like carrying optimism too far, and there was talk of moving the seat of government to Wheeling, Virginia."

Three years later a notable European visitor, the Duke of Saxe-Weimar Eisenach, also made the recommendation that Wheeling might serve as a better capital, though in this case, he recommended the site to avoid invasion by sea.

The duke in his two-volume book "Travels Through North America During the Years 1825 to 1826," refers to the War of 1812 and the burning of the Capitol and White House by the British.

"To the capital of such a large country, Washington lies much too near the sea. This inconvenience was particularly felt during the last war. It has been proposed to transfer the seat of government to Wheeling, on the Ohio, in the western part of Virginia."

Though nothing came of the effort to relocate the capital, Wheeling became the capital of the new State of West Virginia during the Civil War.

Up until that time, Richmond and Wheeling had been Virginia's two largest cities and were situated in strategic opposition to one another—one a coastal port, another an inland. Richmond, on the James, boasted almost 38,000 residents in 1860; Wheeling had reached a population of 14,083. Washington, incidentally, had grown to 75,000 by 1860.

Today Wheeling is renowned as a welcoming city with a historic landscape that boasts a casino and innumerable retail centers and cultural landmarks. For more information on its history or about visiting the city, contact the Wheeling Convention and Visitors Bureau.

To the average motorist hurtling through Wheeling on Interstate 70, nothing about the place might seem particularly nefarious. However, the story behind the name "Wheeling" is rooted in darkness. Its origin is not in the many wheels that have traveled through the city, neither paddlewheels on the Ohio River nor wagon wheels on the Conestogas that rambled through headed into the West. Read the full story here. 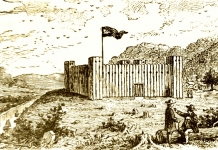 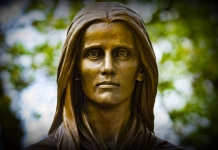 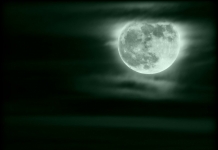