A castle in West Virginia? You'll find a few examples of castle-like structures scattered through its hills, but nothing compares to Old Main at Bethany College, one of the finest examples of "Collegiate Gothic" architecture in the U.S., according to historians.

My first glimpse of the building was from a distance: its central tower appeared briefly through the trees as I sped toward the famed old school—the mother school of more than a hundred established since 1849 by the Disciples of Christ.

My intent was to study this landmark of "Collegiate Gothic" architecture, a revival of medieval ornamentation employed in institutional construction in the late 1800s.

Everywhere the complexities of the "Great Awakening" in America seem to be revealed in the building, diverting me from the architecture and into American history. The form of the building cannot be separated from the intricate patterns of Christian diversification that blossomed in the U.S. in the early 18th century. Unleashed in a new land, Christianity was breaking the bonds of established forms.

In many ways, the complexity of the reformation in the U.S. is revealed in the complexity of the building, with its many rooves and towers, bays and windows. Like the building, the movement can appear fragmented, and yet part of a whole. No longer dominated by a powerful state church, Americans were free to worship as they pleased, and their new churches were ever-transforming.

Alexander Campbell, the leader the Disciples of Christ, sought to educate an independent clergy, and here in the hills above the Ohio River, he found an ideal setting for academic study. During his search for such a site in 1840 he wrote:

"The location must be entirely rural—in the country, detached from external society, not convenient to any town or place of rendezvous—in the midst of forests, fields, and gardens, salubrious air, pure water—diversified scenery, of hill and valley, limpid brooks and meandering streams of rapid flowing waters."

The valley of Buffalo Creek provided all that Campbell could ask. He moved quickly to secure architect James Key Wilson, who he tasked with designing an edifice that would inspire.

Wilson had studied under James Renwick, Jr., the architect for the fanciful Smithsonian Institution, a building that shares many attributes with its counterpart at Bethany. Both are built on a long axis, and when viewed from the front are principally symmetrical, though in both cases symmetry is interrupted by a whimsical combination of towers and rooflines.

These may best be illustrated in the design of the central tower at Bethany as viewed from the front of the building. The tower is principally symmetrical, though a tall octagonal turret ascends along its flank, intruding whimsically on the balance.

The placement of such a central tower at Old Main is a hallmark of the style, as defined by architect Charles Klauder, who coined the term "Collegiate Gothic" in 1929 is his book "College Architecture in America."

Other hallmarks of the collegiate style include a tall central section at the building's axis flanked by wings of connected sections. Old Main's Gothic details—which have been transformed by the brick construction—include buttresses, steeply sloped rooves, and stonework finials, parapets, and tracery windows.

These elements combine to imbue the building with the austerity of a cathedral, which seems no accident, given Campbell's purpose.

Regardless of one's religious inclinations, I think that the building is likely to impress and inspire a reverence. It invites us to contemplate the academic and yet thrill at the soaring purposes of the divine as realized in its lofty towers.

Visitors are welcome to wander the grounds and the building, much of which is accessible year-round, though be sure to call the college to announce your visit at 304- 829-7000. 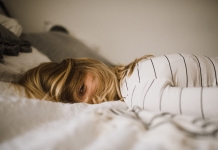 Working from home and can’t sleep? A WVU scientist may have answers

Working from home and can’t sleep? A WVU scientist may have...