Ghost tours and other dark tourism venues are popular throughout West Virginia where the hills and mountains seem practically imbued with the supernatural. Here entire communities, such as Harpers Ferry and Point Pleasant, have been numbered among the most haunted places in the world, partly as a result of battles fought there. West Virginia is also the home of several legendary beasts and monsters, including Mothman, a winged creature said to haunt the skies above the Ohio River.

Not a believer in ghosts and strange beasts? Our publisher admits that there's more to West Virginia than meets the eye, though he considers himself a skeptic. "Ghosts, monsters, and the paranormal — I'd have to see to believe, but as darkness falls in the mountains I'm sometimes aware of things beyond my reach," David Sibray says. 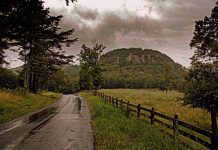 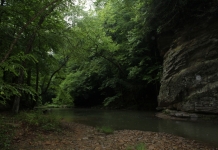 Old legend of Strange Creek might never be confirmed

David Sibray - January 19, 2022
Too much time may have passed to confirm anything of the indomitable legend of Strange Creek—long among the most haunting tales in West Virginia... 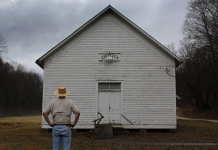 David Sibray - January 18, 2022
A traveler wandering the pastures along Skull Run in Jackson County might have little idea of the dark tales that have arisen in that... 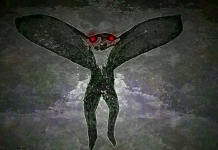 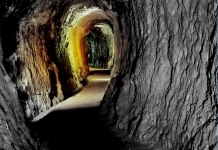 David Sibray - January 1, 2022
One of the most appealing of all Appalachian legends is that of the tale of the Lost Silver Mine of Johnathan Swift. Almost 200...