The Travel Channel ranks two West Virginia landmarks among the most haunted in the United States, but ghost hunters know there are many more. The following five, ranked in 2014, are favorites of Jason Burns and Jonathan Moore, among the state's best-known purveyors of the paranormal.

When Virginians decided to rid themselves of their "insane," they determined that moving them west of the Alleghenies would prove the best solution. And, so, at Weston, in what was soon to become West Virginia, construction of one of the most fantastic buildings in the U.S. began. According to parapsychologists, the psychologically troubled brought a host of troubling energies. Today the facility, which became the Weston State Hospital, has become a museum and a destination for seekers of the supernatural known as the Trans-Allegheny Lunatic Asylum. 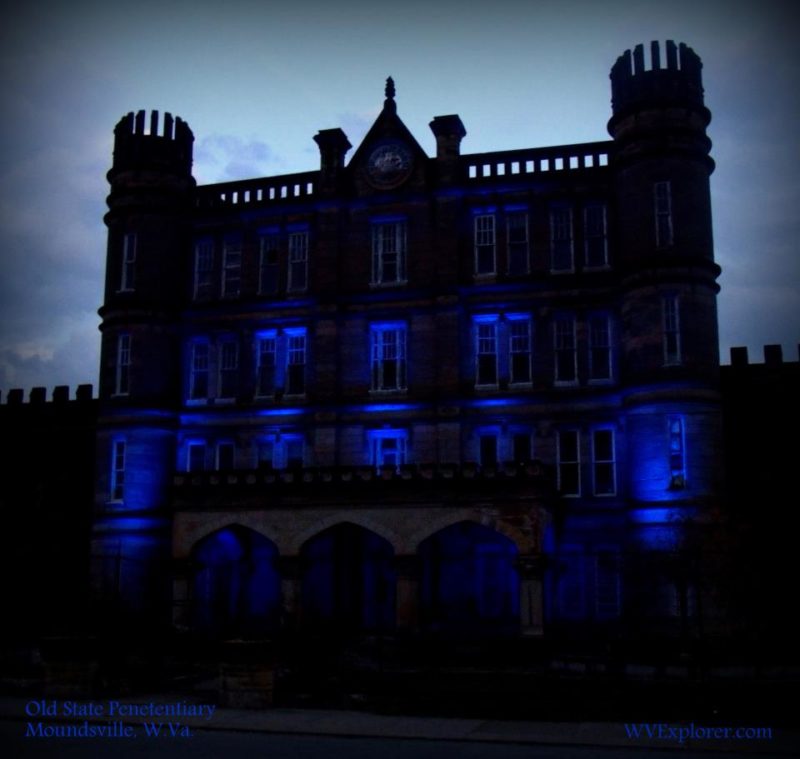 Near the epicenter of West Virginia's "City of the Dead," the presence of the old penitentiary at Moundsville has fueled a perfect storm of psychic activity.  Suicides and executions, violent inmates and violent guards -- parapsychologists postulate that the turmoil of prison life worsened disturbances caused when European settlers decimated prehistoric burial mounds here. Established in 1876, the castellated West Virginia State Penitentiary is now a civic center for the city and is open intermittently for historical and paranormal tours.

Whole armies of ghosts are said to march through the countryside above Harpers Ferry, not coincidentally one of the most important historic locales in West Virginia. Here in the shadow of the Blue Ridge Mountains where the Potomac and Shenandoah rivers join, the Harpers Ferry National Historical Park protects a landscape untouched by time. Ghostly residents haunt its cobbled streets and stare with empty eyes from windows overlooking a landscape little changed since the Civil War and John Brown's murderous rebellion there.

There's no generally accepted reason for the relatively large number of hauntings experienced at Parkersburg. Perhaps activity here is a result of its situation on the Ohio River at the mouth of the Little Kanawha River, once known as the River of Evil Spirits. Native Americans feared its floodwaters, in which whirlpools would quickly appear. Weeping statues, shadowy phantoms, and outright evil revenants inhabit its historic mansions and wander its wharves and avenues.

Could clerk's body remain in watery grave beneath Ohio River?

Witches perceived as threat to settlers in what's now W.Va.