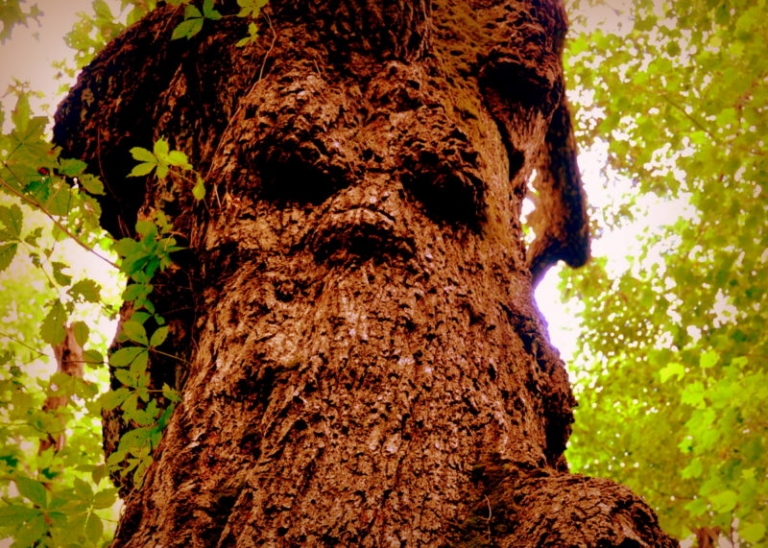 Surely few English speakers who have observed the "Witchers Creek" road sign on U.S. 60 have done so without considering the association with the word "witch," surely a coincidence. But it turns out a witch-legend is, in fact, associated with the stream, though few seem to know how believable much of the tale might be and fewer seem to know of the tale at all.

Jim Comstock, an admitted serial teller of tales, recited the following account of the witch in volume 17 of The West Virginia Heritage Encyclopedia, which he edited in 1976. We've included the entire tale here as Comstock rendered it with few emendations:

Kanawha County might have been the only place in the world where you could see a real dead, petrified witch had you lived thereabouts in the early 1900s.

They say that the anonymous widow-lady witch had asked friends not to bury her when she died but to place her coffin under a cliff near the head of Witches Creek, now Witcher Creek, and they obliged. Eyewitnesses who saw her laid out in an open chestnut coffin could scarcely be expected to forget the sight of "brown hair, an ugly-and-evil face, and of a bluish or brown color."

While she was alive, some say she used her mystical powers to help miners in the 1912 strike. They laughed when she predicted Paint and Cabin creeks would flood-out and that she would float away on the steeple of a church. But then Paint Creek did flood, and a church was washed away, and although no one saw a witch clinging to the steeple, the prediction helped establish her witch credentials.

As is fitting for a witch story, no one knows what became of her body. Some say it was stolen for a riverboat show. Others say Governor Glasscock ordered its burial. Some even say that Governor Hatfield tried to squelch the story in 1915 by announcing that there were no such things as witches.

His explanation was that the Witch's Creek witch was just a story invented to keep slaves from running off. That the slave trade had ended 50 years earlier probably didn't add to the force of his argument, especially with those who had seen with their own eyes the petrified body in the coffin on the ground under the cliff on the banks of Witchers Creek.

Other tales of witches, devils, and the paranormal in West Virginia

Tale of historic tragedy haunts the hills of Putnam County