The Parkinson Forest at Bethany College has been added to the national Old-Growth Forest Network—the eleventh site in West Virginia to be included and the first in the state's northern panhandle.

Joan Maloof, Ph.D., founder of the Old-Growth Forest Network, said the forest was ideally suited to the network.

“In each county, we look for the oldest forest [that is] open to the public, is relatively accessible, and protected from logging,” Maloof said of the site.

Only about one percent of old-growth forest remains in the East and less than five percent in the West. The network aims to identify and protect one forest in each of the U.S. counties where forests could grow, she said.

Professor Melanee Wigton Sinclair, the coordinator of field instruction in the Department of Social Work, worked with the network to list Parkinson Forest.

Sinclair joined Bethany in 2003 but has lived in Wheeling, West Virginia for more than 40 years and regularly biked the trail before she knew of its historical significance.

“I think it’s a really exciting thing to think about preserving a treasure that we’ve been given,” she said. “That in a hundred years it will look much the same as it does now.”

Sinclair said the designation is important because it could draw people for hiking and other outdoor activities and it adds knowledge that needs to be protected.

Margaret Parkinson deeded the forest to Bethany College in 1914 with a stipulation that it was to remain in its natural state.

In her will, Parkinson specifically states that “this timberland be kept as a protest against the wasteful destruction of our timber [so that] succeeding generations may know something of what the forest lands in this part of the country once were.”

Parkinson Forest covers 261 acres of woods with about 60 acres of old-growth dominated by sugar maple with American beech, white oak, red oak, and tulip tree having an important presence in the canopy, according to the Old-Growth Forest Network.

Some of the white oaks were cored about 40 years ago and were well more than 200 years old.

“It’s unique in the sense that it's on a college campus,” Maloof said, noting that Dysart Woods in Ohio’s Belmont County, for example, is owned by Ohio University but isn’t on campus.

“It seems that a lot of universities have forests, but they haven't always protected them.”

The Parkinson Forest is accessible by the Bethany Trail System, which consists of five interconnected trails used by hundreds of people each year. The trails include a waterfall, numerous hiking spots, and an outdoor classroom.

Last month, the Bethany Trail System was the site of a large volunteer effort. About 170 people spent four hours removing debris, widening the trail head, installing a stream crossing, and cutting several switchbacks into two of the trails.

“I think it’s exciting that we’re making it more accessible so that students can go out and appreciate what’s right there in their back yard,” Sinclair said.

Maloof founded the Old-Growth Forest Network in 2012 with a goal of preserving, protecting, and promoting the remaining old-growth forests.

The network includes more than 100 forests in 22 states. 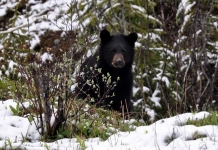 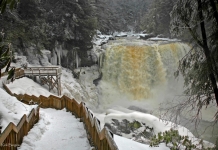 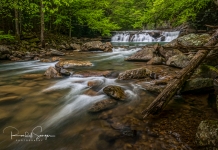