A historic village of lavish homes in a remote corner of West Virginia is adding a new landmark to its annual Christmas tour, hosted every second Saturday in December.

Residents of Bramwell, West Virginia, once reputedly home to more millionaires than any other community its size, will open their doors to guests from 5-8 p.m., inviting them to tour opulent landmarks that might seem strangely placed in the mountains.

This Saturday a new residence, now being restored, will be added to the tour, providing visitors an opportunity to see the mechanics of the restoration in progress, according to tour organizer Betty Goins.

"I think many visitors will be interested in seeing the restoration," Goins said, adding that many husbands find craftsmanship employed in the homes particularly appealing.

"Many wives drag their husbands along whether they want to come or not, but once they see the craftsmanship they become some of the most enthusiastic members of the tour," she said.

Bramwell developed around the turn of the 20th century when industrialists engaged in developing the local coalfields built lavish homes to impress and provide for their families.

While miners and their families were otherwise relegated to more common company housing, here the well-to-do lived in an exclusive community moated in a horseshoe bend in the Bluestone River.

Jamie Null, executive director of the Mercer County Convention and Visitors Bureau, says the historic district continues to be one of the region's landmark attractions.

"It's not every day that you stumble across a Victorian town in the middle of the Appalachian Mountains," Null said.

"People describe it as something out of a Hallmark movie. Certainly, it's like stepping back in time."

Now celebrating its 36th season, the tour generally attracts from 400 to more than 700 people, according to Goins.

Tickets for the tour are $15 and may be purchased on the day of the tour before 5 p.m. at the Bramwell Presbyterian Church. Tickets may also be purchased online at Eventbrite.com. 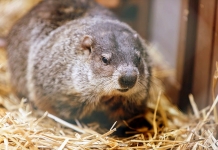 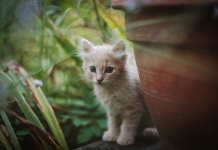 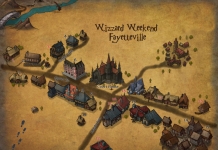