It's no surprise that when choosing a European vacation, tourists most often travel to Rome, ​​Berlin, London, Paris, and Barcelona—cities famous for their remarkable heritage and rich cultural life. Unfortunately, they're also often noisy and overcrowded with both residents and other tourists.

To avoid chaos, I recommend five romantic spots that I find totally underrated, which may be the best thing about them. I guarantee that each will capture your heart. You have only to book a flight to arrive at destinations that are pleasant and easily navigable.

The City of Peace, as it was known, is located three miles from the shore of the Mediterranean Sea. Here at Myra one can explore the ruins of a magnificent Greco-Roman theater and world-famous tombs carved from the living rock. Among the peoples of Lycia, there was a tradition that the dead should be buried in high places. They believed that this would help them to get to heaven.

Fans of fjords may lose their heads over Bergen, the City of Seven Mountains. On the southwest coast of Norway, the country's second-largest city enjoys a temperate oceanic climate; so it's warmer than one might expect for a city so far north, though it's also one of the rainiest cities in Europe. The city is renowned for its multicolored wooden houses, and inhabitants are fond of good cuisine, so you won't go hungry.

Romantic Tips for Men: What to do after the first date.

There are still places in Europe where a traveler can escape the crowds and the ordinary, and one of my favorites is the Isle of Lewis off the northwest coast of Scotland. If you wish to avoid crowds and immerse yourself in Scottish culture, this is the place. The island covered in prehistoric works of stone, and its unique flora and fauna are protected by the state.

Beyond Venice, Florence, and Rome, Italy boasts hundreds of lesser-known destinations worth visiting, including places like Palmanova, a drive of about an hour and a half northeast of Venice. An architecturally unique project raised in the late 16th century, the community is built in the shape of an octagonal star and is filled with many beautiful buildings surrounding a Grand Piazza. Best of all, few of your friends may have visited.

Alcazar de Segovia, a palace and fortress of Spanish kings, is located high on a cliff an hour's drive north of Madrid. Its tall towers with steeply pointed roofs are known worldwide and inspired the movie version of Hogwarts School of Witchcraft and Wizardry from the Harry Potter series. Originally planned as a fortress, it became a royal palace, then a state prison and royal artillery academy. 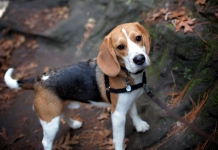 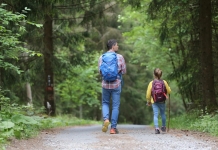 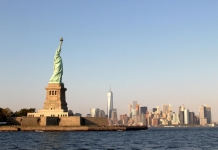 Seven exciting things to do in West Virginia this Christmas