Opening a bookstore may not be the best way to turn a profit, but bookstores in West Virginia are doing well and diversifying, says an author who's published a book on the matter.

Matt Browning, the author of “Bookstore Explorer: West Virginia," says thirty bookstores now exist in the Mountain State, often in areas where you wouldn't expect to find one.

"It was interesting to see how the stores are diversifying in order to succeed," Browning said.

"There are plenty of stores that are strictly books—your traditional used bookshops with wall-to-wall stacks or your stores carrying new inventory and book-related merchandise and gifts."

But there are also plenty of unique, even unexpected, offerings, he said, providing several examples.

"There's also Homeward Bound books, a collection of book nooks that an entrepreneur established in coffee shops, cafes, and bakeries throughout the state, which is establishing a sort of mini-bookshop in regions that otherwise have none."

Browning said the book began as a social-media project, but the project soon took shape as a larger work that deserved to be in print.

"For me, bookstores are tourist destinations, so whenever I travel, I seek them out," Browning said.

"I began posting them on social media with a #bookstoreexplorer hashtag, and it got me thinking, perhaps there's a book in this somewhere?

"So, being a West Virginia native and resident, I began researching how many shops are in the state. I then spent 2018-2019 visiting each of them and gathering their stories.

Though it might seem the book market would have met its match in the digital age of Kindles, that's not been the case.

"Research has shown that indie shops are on the rise as consumers embrace the shop small movement," he said.

"Sales at the larger chain stores are trickling downward. Amazon is Amazon, and, of course, is a giant in the bookselling industry, but the brick-and-mortar indies are finding ways to combat it and in some cases, embrace it.

Browning says the book also examines why West Virginia bookstores are succeeding in the face of change.

"I asked each shop owner how they view their industry in these times, and the response was pretty much universal: at the independent store, you get a level of personalized customer service that the chain stores, and especially the Internet, just can't match. They get to know their customers and become ingrained in their communities.

"I learned along the way that the bookshop is an ideal place to learn about the character and charm of a community—from the regional literature on display to the chatty store owner to the friendly customer." 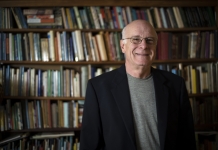 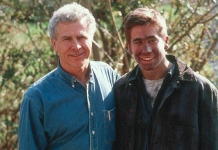 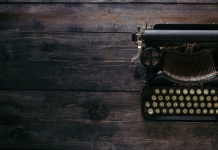