A pair of the fastest birds in the world are eyeing the cliffs on Maryland Heights in Harpers Ferry National Historical Park as their nesting site.

To provide the peregrine falcons adequate space for nesting, the National Park Service will close portions of Maryland Heights from Feb. 15 to July 31, 2020, according to Autumn Cook, public affairs specialist for the park.

All trails on Maryland Heights and the Union Walls climbing area will remain open, Cook said, and closed areas will be clearly marked with signs and fencing.

Peregrine falcons have historically nested in the cliffs of Maryland Heights in the spring; however, because they are a sensitive species, mating pairs have not successfully hatched chicks at Maryland Heights since 1950.

Human interference, especially during the nesting phase, can drive off mature falcons, and cause them to abandon the nest, resulting in the loss of eggs or the death of fledglings.

Harpers Ferry National Historical Park preserves, protects, and interprets 3,500 acres in and adjacent to Harpers Ferry, West Virginia at the confluence of the Potomac River and the Shenandoah River.

The ferry was the site of John Brown's Raid and is a focus for Civil War and African American history. 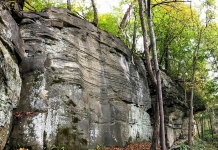 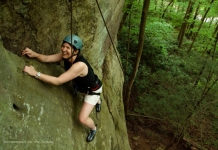