The West Virginia Legislature this week is considering the privatization of the state's park system. Mark Wylie, retired parks district administrator and long-time superintendent at Babcock and Watoga state parks is warning West Virginians that the bills have dire implications.

"The recent legislative introduction of Senate Bill 485 and its companion, House Bill 4408, means that the West Virginia State Park System is once again the target of wholesale privatization. This has occurred in the past and, most notably, in 1994 under the administration of Governor Caperton.

"The backlash from the public was enormous and put a stop to the nonsense. The Parks Section, which was then part of the state Tourism agency, was even transferred back to the protective oversight of the Division of Natural Resources as a way to help reduce the possibility of such a threat occurring again.

"Regrettably, that past lesson has apparently been forgotten. The bills referenced above are an initiative of the current administration and are largely being promoted by the state’s Tourism Commissioner, who has no statutory authority over the Division of Natural Resources or the park system.

"They are being promoted under the guise that the changes in the law would only be used to allow private contracts for financing, construction, and operation of new facilities such as RV camping areas and equestrian centers.

"However, the bills allow for an outrageous fifty-year contract term while also changing code to allow all other existing park facilities to be contracted to the private sector for up to thirty years with a twenty-year renewal.

"How coincidental that this second proposed change potentially matches the same fifty-year contract period that would be allowed for new, privately built features. It is obvious that those behind these bills want the option to give investors entire parks along with any new facilities that might be built. These bills have no restrictions on what private developers might be allowed to construct and operate.

"Do we really want to open the door for casinos, race tracks, amusement parks, or similar inappropriate additions on our state parks and forests that might be profitable for a private investor, but would totally ruin the inherent purpose and value of what is regarded as one of the finest park systems in the nation?

"Advocates for this change say that these kinds of things won’t be considered, but with no limitations in the bills they have crafted, what would stop it?

"Let’s also consider the fact that the park system has benefited from almost one hundred and fifty million dollars in funding for improvement to infrastructure over the past several years and has seen a big increase in total revenues. Do we want to hand these taxpayer-funded improvements and the increased revenues over to the private sector while also seeing the reasonable rates West Virginians pay to use and stay at their state parks and forests skyrocket to unaffordable levels for our average citizen under private management?

"What about the effect on the employment of long-time, dedicated state park employees? They would be discarded like worthless fodder to feed the wealthy investors. Every user and supporter of the West Virginia State Park system needs to immediately contact legislators and the Governor’s office and make it clear that these bills are unacceptable as written.

"There is nothing wrong with private investment in and operation of new and appropriate park system features but these bills open the door for far more than that. They provide an entry into complete, total, and inappropriate privatization of our parks. As with Governor Caperton in 1994, let us remind our leaders that our park system holds a special place in the hearts and minds of West Virginians and we will not allow it to be privatized, pillaged, and taken from us."

Are you interested in voicing your opinion on the matter? Contact the following members of the West Virginia Legislature. 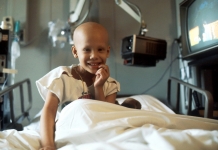