A Fayetteville, W.Va., couple is working to lure travelers off the expressway and into businesses that provide healthier, independent options.

Scott and Amanda Keffer, who have earned reputations as health gurus in a town known for its outdoor recreation, say they're on a mission to ensure good health for the local business community as well as for individuals.

"We're trying to distinguish ourselves from the expressway culture and establish in the minds of visitors that's there's excitement beyond," Dr. Scott Keffer explained.

"Our mission, which is essentially a campaign for localism, is to fight enterprise that chokes off business access to downtown."

The Keffers, who established a 10,000 square-foot business center in Fayetteville's historic district, have developed a series of enterprises that bank on health -- including a CrossFit gymnasium, a medical spa, and a coffee house that's expanding to offer healthy food options.

Kool Beanz, which has grown from a coffee counter into a full-scale coffee shop, this week expanded its offerings to include a smoothie station -- the latest effort in the mission to offer more high-quality options off the highway.

By design, the center has become a venue for multiple community activities, including yoga and arts programs, and the coffee shop has grown into a popular meeting space for professionals, hosting a panoply of groups in addition to business travelers in search of wireless access.

The dedication of the Keffers to thoughtful community development has increased the number of local jobs as well as resources. Through the center and the medical practice, the family has created 14 full-time and 11 part-time jobs and envisions further expansion.

In addition to the coffee shop, Keffer points out that six independent restaurants operate in downtown Fayetteville, as do an increasing number of specialty shops that are attracting customers off the U.S. 19 expressway.

Keffer says he expects smoothies to help draw a significantly larger audience into town by providing a more healthy option that would particularly appeal to the active mindsets of visitors who are touring the region's hiking, biking, and paddling venues. 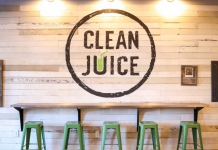 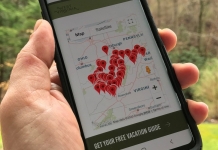 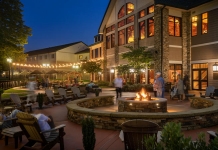