Rafters and kayakers have been provided another 5.3 miles of whitewater to run in southern West Virginia where an agreement has been reached to partly restore flow to a stretch of the New River downstream of its world-renowned whitewater section.

Proponents of the effort to open one of the most spectacular reaches of the New River Gorge to outdoor recreation are lauding the economic potential of the move, though it falls far short of the more equitable outcome for which they were hoping.

Bobby Bower, a chief proponent in a years-long battle to open the river to recreation, says the move by federal authorities will help increase tourism both regionally and downstream where economic development has been lacking.

"Our belief is that it will bring more people into the region and into the upper Kanawha Valley," Bower says.

The owner of one of the New River Gorge region's guide-and-outfitters services, Bower says the outdoor-recreation sector could make much of the agreement to the advantage of many businesses across the state.

"We think the move will provide an economic boost for outfitters and other local businesses, but the impact will reach out to the state's borders: Its influence will reach gas stations in Huntington and elsewhere. When ski season or whitewater rafting season are booming, the affects are felt throughout the state."

Almost a century ago, during construction of a private hydroelectric plant, the river was diverted into a tunnel and out of one of the most breathtaking canyons in the eastern U.S., a landscape so awe-inspiring that it was acquired in the 1970s by the National Park Service as the New River Gorge National Park and Preserve.

The industry that demanded the power that the tunnel provided has since waned, while the region's tourism sector has become one of the most stable and promising in the state.

Developers had hoped to convince the state government to allow other private interests to share more equally in the resource, though in the end Bower says the established industrial sector was able to sway state officials toward preserving its interests. 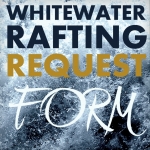 Thinking of arranging a whitewater rafting trip on a West Virginia river? Fill out West Virginia Explorer's all-in-one form to request information from all participating whitewater outfitters at once!

Still, Bower said he believes the agreement, announced in late December, will have a positive impact, notably where the opportunity to run commercial rafting trips is concerned.

"The river here is ideal for family friendly, middle-of-the-road, half-day trips," he said of "the Dries," as the poorly water section of the river has become known.

Kevin Colburn, a spokesman for American Whitewater, outlined the nature of the agreement in a report to association members:

Colburn said the dam owner will now be required to consult with American Whitewater and state outfitters and submit formal plans for providing releases and access within six months.

Releases are to begin immediately upon approval of the plans by the Federal Energy Regulatory Commission, he said, likely in 2019, though, "as with any federal decision, appeals could cause delays."

American Whitewater sought significant improvements on this beautiful stretch of river at every stage of the multi-year re-licensing effort. This effort was made extremely challenging because a nearby Alloy manufacturing plant relies upon the unusual frequency of power the dam generates.

"When the State of West Virginia mandated only three whitewater releases, we appealed and secured an additional six days of releases in the state permit.

"Unfortunately, under intense political pressure to keep the New River dry by federal lawmakers, the Federal Energy Regulatory Commission chose not to require releases in addition to those required by the state. If someday the alloy plant no longer needs the power, the flow regime will be reconsidered.

"While not the grander outcome we had hoped for, the new license will usher in a new and much better era on the New River Dries. Paddlers will enjoy nine new releases, improved access, and much better flow information.

"Summer releases will likely draw intermediate paddlers from around the region, and paddlers will take advantage of spring flows more often. The higher base flows and pulse flows should be great for aquatic health and the fishing should improve. There will be improved hiking opportunities, and climbers will enjoy the new access areas, too."