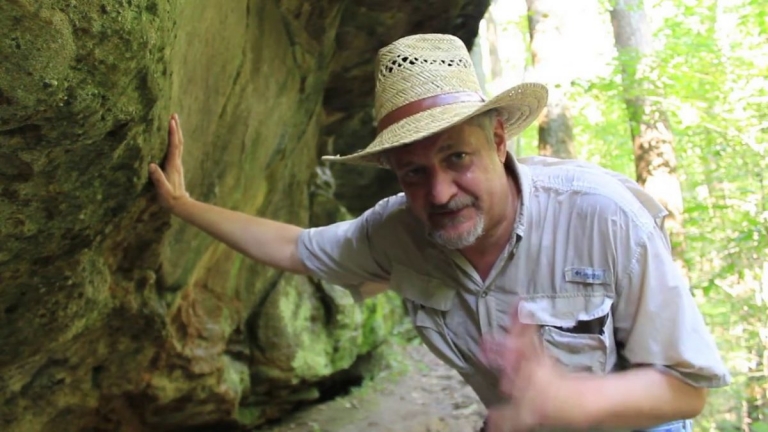 I could hardly have chosen a more sweltering afternoon on which to hike the Alice Knight Memorial Trail — a 1.1-mile loop that follows the upper course of Coonskin Fork, a tributary of the Elk River for which Coonskin Park is named. Temperatures were hovering in the mid-90s, remarkable in September even in the lush, humid valleys near Charleston, West Virginia.

But the heat and humidity helped remind me how special Coonskin Fork is. On a hot day the mossy sandstone cliffs and boulders through which the stream drops provides welcome relief. Not matter how hot it might be in the sun, here beneath the shade of the forest canopy, the rocks are cool, and the water is even cooler. Even though the stream here is now little more than a trickle, the ambiance of coolness seems enough to ward off the heat.

The Alice Knight Memorial Trail is among my favorite short trails for three reasons:

Despite the trail's popularity, I've encountered only a few people on it most days, so you're almost guaranteed a peaceful journey, though one nice thing about hiking to the opportunity to meet other wanderers who are also often looking for an escape.

Alice Knight, who passed on in 2008, was a passionate naturalist, painter, and wildlife photographer and a member of "Friends of Coonskin."

Click here for a map showing the location of the Alice Knight Memorial Trail.