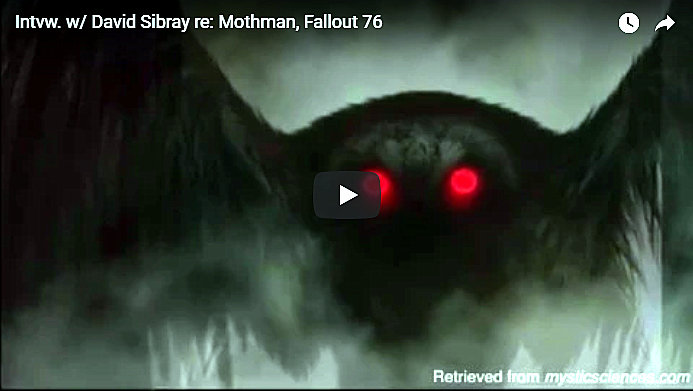 Mothman isn't just any West Virginia monster, says David Sibray, publisher of West Virginia Explorer, who contends the beast that's alleged to have haunted the hills near Point Pleasant may play a remarkable role in the upcoming Fallout 76 video game.

"Of the five monsters we cover at West Virginia Explorer, all of which seem to play into the game, Mothman is perhaps the best known and perhaps because of that has a larger backstory, and motivations for its existence are more complex," Sibray said.

Sibray, whose online publication ranks among the chief guides to West Virginia folklore on the Web, has found himself discussing the gaming industry in recent months as a result of the upcoming release of the Fallout 76 video game, which plays out in an alternate West Virginia decimated by a nuclear catastrophe.

Sibray says it appears that five monsters that appear in an article published by author Ted Fauster in 2014 appear to be play lead roles as antagonists in the game, but he believes the Mothman character may be less fearsome than others as a result of its history.