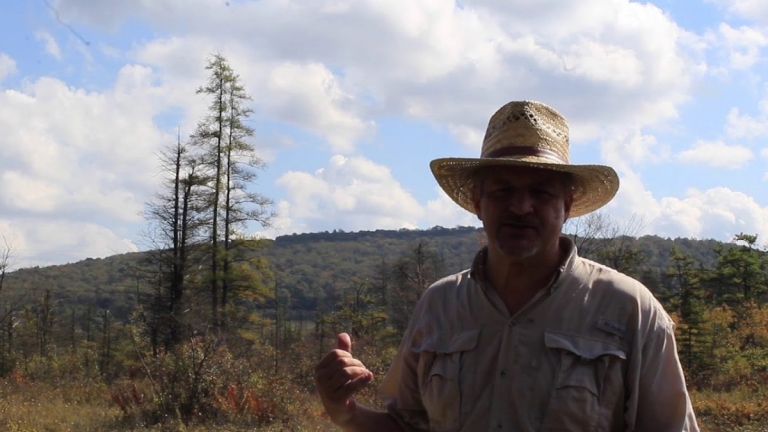 If you're a Canadian, chances are that tamaracks are nothing new. But if you're a West Virginian, you've probably never seen one. That's because the tree's southern natural extent is in the Mountain State's most lofty northern reach — in an obscure corner of the state in the Cranesville Swamp.

Here in a 'frost pocket" in the lee of the Briery Mountains, several species of northerly plant grow, including the tamarack (Larix laricina) or eastern larch. A conifer that sheds its needles in winter, the tree may be purposefully planted elsewhere in the cool highland regions of the state, but here in the relatively chill Allegheny climate in the midst of a sphagnum bog it reaches its southernmost natural end.

Tamarack, an Algonquin word that means "tree from which snow-shoes are made," is among the most northern species of tree native to North America and thrives from northern Indiana and New England into the Arctic Circle. It's no surprise this corner of West Virginia is often compared to New England. Here many species home in the northern Appalachians dominate the landscape, including sugar maples, which burst into brilliant reds and pinks in autumn.

Thanks to the Nature Conservancy, the tamarack and a host of other boreal plants, including carnivorous pitcher plants and sundews, are protected here in the 1,600-acre Cranesville Swamp Nature Preserve near Terra Alta, West Virginia. Looking for an afternoon getaway in the mountains? Don't miss a hike through the preserve or a stroll on its bog boardwalk. No matter the season, it's spectacular.