Historians seem to agree that the first teddy bear in the U.S. was crafted by toymaker Morris Michtom, who was inspired by a 1902 panel cartoon that teased President Teddy Roosevelt for saving the life of a bear cub while hunting in Mississippi.

However, at least one West Virginian claimed that the first teddy bear was a black bear cub captured on Allegheny Mountain and that he himself gifted it to the president.

The late R. Cary Montague, who grew up in White Sulphur Springs and later became a minister in Richmond, Virginia, wrote a short history of the affair published in the West Virginia Heritage Encyclopedia in 1976.

Given the popularity of the Mississippian version of the tale, Montague's West Virginian alternate deserves to be recounted in full as it appeared in the encyclopedia, and we leave it to the reader to decide which version may be the most likely.

"That fall the late William Seymour Edwards was campaigning for election to Congress on the Republican ticket from the Third Congressional District of West Virginia. I was also campaigning for election as Justice of the Peace. Edwards told me that he was a connection of Mrs. Theodore Roosevelt and had promised to send the children a West Virginia bear cub. I told him about the one Miss Hefner had captured. He said, 'That's the very thing! If McKinley and Roosevelt are elected, get that bear cub, and send him to the colonel at Oyster Bay with the congratulations of the Republicans of Greenbrier County, and I will pay all the expenses.'

"Accordingly, the bear was purchased and shipped as directed two days after the election. But by that time, he was not anything that could be handled in a lady's apron, for he weighed about fifty pounds. Furthermore, he strenuously objected to leaving his mountain home and being boxed and shipped to Oyster Bay. Nevertheless, we got him off with great jubilation from a group of Republicans in a strongly Democratic County.

"In the spring of 1902, I was a candidate for the Legislature from Greenbrier County. That year 'imperialism' was one of the issues because of the acquirement of the Philippine Islands, and President Roosevelt was represented as being on the way to an Emperor. I was visiting in Washington and thought it would add to my prestige, and wreck the argument of 'imperialism,' if I walked into the White House and called on the president without the benefit of Congressmen or Senators or even an appointment.

"On entering the White House, a plainclothesman stepped forward and asked me what I wanted. I said, 'I want to see the President.' He replied, 'On business or a social matter?' I replied, 'It is partly business and partly social. I sent him a West Virginia bear cub two years ago, and I want to ask him what he did with it.' 'You can't see the President about that,' he said, "but you can go up and ask Secretary Long about it.'

"Going upstairs, I told the secretary what I wanted and he immediately said, 'I think the President will be very glad to see you.' He introduced me to Secretary Cortelyou, who was equally cordial and took me into a big waiting room. I ensconced myself behind a desk to be presented. I never saw Teddy get into the room, but the first thing I know he was there exclaiming, 'Senator Burton! I want to see Senator Burton!' After speaking to the Senator, he rapidly went through the many other persons in the room, among whom were the delegates from the Republic of South Africa asking for United States intervention in their struggle with England.

"When he came to me, Secretary Cortelyou said, 'This is Mr. Montague, who sent you the bear cub from West Virginia after your election.' The President grasped my hand and said emphatically, 'I am delighted to meet you. I appreciated that present very much.' I replied, 'If that bear was as angry when he got to Oyster Bay as he was when he left White Sulphur Springs I was afraid you would not appreciate him very much.' The President laughed and said, 'Well, he nearly bit an expressman's hand oft before we could get him into the zoo in New York.'

"To me, the amazing thing about the interview was that when he said he was 'delighted' to meet me, I couldn't help feeling that he really was, although I knew he couldn't be because I was just another person for him to have to shake hands with.

"On coming downstairs, the plainclothesman said, 'What did you find out?' I answered, 'Oh, the President told me what he did with the bear.' I left feeling that I had put this doorkeeper in his place and had given him the impression that I was quite accustomed to talking to a president. However, one never knows to whom one is speaking, not even around the White House. That man happened to be a correspondent who wrote a column in the Baltimore Daily News entitled 'The WhiteHouse Day-by-Day,' and the next day the following item appeared in his column:

'Wh'er is that B'ar?' — 'I want to see what the President done with the B'ar I sent him las' fall,' said a red-haired West Virginia mountaineer by the name of Montague to the doorkeeper at the White House yesterday! 'Then the stranger stalked upstairs and explained his errand to Assistant Secretary Loeb. A few minutes later, he came downstairs. 'The President gone and sent the b'ar to the Zoological Gardens in New York. He told me so. Say, that b'ar was big enough to eat up two or three people. I caught him up near White Sulphur Springs in West Virginia.'

"The b'ar in question was received by the President soon after he went into the White House, but inasmuch as it threatened the safety of the children, the President made a gift of it to the New York Zoological Gardens.

"The correspondent wanted to add to the picturesqueness of the incident with a little mountain dialect that he invented for the occasion. The 'B'ar' became a chief topic of my campaign for the Legislature and both Republicans and Democrats had a lot of fun over it. He subsequently became dear to the hearts of millions of children all over the United States."

An enigmatic stone face carved into a mossy cliff above the rim of the New River near Fayetteville is attracting increased attention as hiking, biking, and climbing in the region grows. Though its origins are popularly regarded as a mystery, the face was likely carved in the 1950s, and the son of its creator may still live in the area, so they say. Read the full story of the old face here. 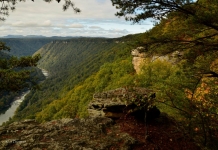 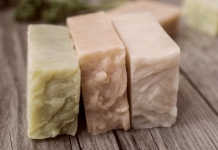 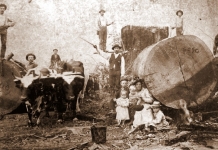