Officials at Canaan Valley Resort in West Virginia will open its ski area's slopes under record conditions on December 13, 2019—a day earlier than announced, thanks to upgrades in snowmaking systems.

Ski slopes at the four-seasons resort are now blanketed by more snow than has been seen in more than 40 years, according to resort general manager Steve Drumheller.

“We are producing more snow in a 24-hour period than ever before, and we now plan to open a day early so our guests can experience the results of these upgrades for themselves,” Drumheller said.

“November temperatures allowed for windows of round-the-clock snowmaking, and our new guns and pumps demonstrated their power during that time."

Opening Day will now be on December 13, and $13 lift tickets are being offered for the day to celebrate the kick-off to the ski season.

Canaan Valley also opened the ice-skating rink and tube park over the Thanksgiving holiday, and these amenities will remain open on the weekends leading up to the first day of the ski season, he said.

Weekend hours and additional details may be found on the Canaan Valley Resort webpage and on its Facebook page.

The forecast for the first week of December promises ideal snowmaking through December 13.

Cold temperatures are forecast throughout the upcoming week, and a winter storm is expected to bring six to 12 inches of snow to Canaan Valley on Monday.

Guests may remain up to date on conditions by viewing the resort webcam.

Canaan Valley is now among the most accessible ski areas to the Washington, D.C. metro, thanks to the recent completion of a new section of the U.S. 48 expressway. 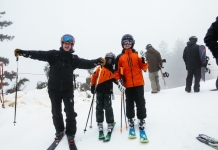 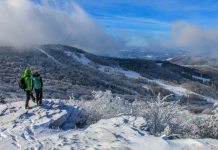 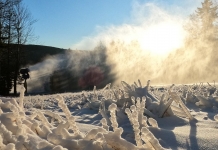