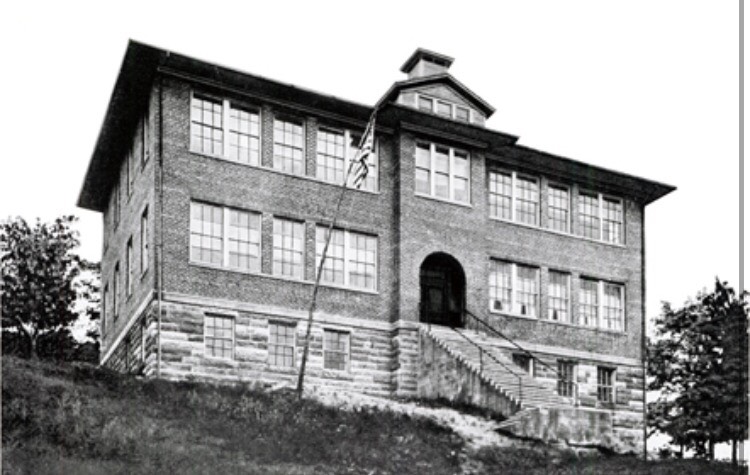 A marker proposed to commemorate a lost chapter in black history in West Virginia will reach visitors the New River Gorge region, according to the director of a local history museum.

Jean Evansmore, of DuBois on Main, in Mount Hope, West Virginia, says the marker created with the help of historian Hailey Horn will pay tribute to DuBois High School, which was discontinued during integration in 1956.

Named for civil-rights leader William Edward Burghardt "W. E. B." Du Bois in 1917, the school served students in the New River coalfields in southern West Virginia, which attracted a large black population during its industrialization.

Carter G. Woodson, the "Father of Black History," spent part of his youth in the coalfield, and many noted black leaders and educators hale from the region.

Evansmore said she hopes the marker, for which funds are now being raised, will help tell the story of the development of the region in a more inclusive manner than has been traditional.

"The unique history [cited in] the planned marker will certainly be of interest to people who want to learn about something that was unknown for so long," she said.

"Mount Hope’s hidden figure, W.E.B. DuBois, was one of the most important African-American leaders of his time, and his life is still being studied. This marker will become another opportunity for visitors to learn about DuBois history."

Evansmore said increasing tourism in the region has increased the capacity for heritage tourism venues such as the museum.

"Mount Hope is in a great location—the New River Gorge area. The work being done creating a biking trail through the gorge and beyond is expected to bring many through the area," she said.

"There are plans to create a walking tour of Mount Hope, and wherever there is some evidence of the history of a place, it will be a point of interest. "

The school was established in 1917 on a hill overlooking Mount Hope, upon which its foundations still stand, though the first school building was destroyed by fire in 1950.

Students were taught elsewhere locally until 1954 when a new school building was completed on a modern campus. Two years later, the board of education integrated the school as Mount Hope High School, and the memory of the DuBois school began to erode.

The museum will host a free kick-off event to raise funds for the marker from 6 to 8 p.m. on June 23 in recognition of the the 67th anniversary of the school fire.

Horn and Evansmore hope to erect the marker in time for the next DuBois reunion on Aug. 31, 2018.

Though a graduate of Oak Hill High School, Horn said she knew little of the region's black history before studying at Marshall University. "I had never heard of Carter G. Woodson until I got to college," she said.

Contributors to the project may mail checks to DuBois on Main, 116 Main St., Mount Hope, WV 25880, and should note "marker" on the memo line. An account is also expected to be established to donate via social media, Horn said.

A fundraising goal of $2,000 has been set for the marker, she said, and funds collected above that will be used to maintain the museum and to match educational grants.