Pennsylvania-based Rock Crawl Enterprises plans to implement a multi-phase opening over the next several weeks, according to park public relations director Dyane Corcoran.

The park includes 106 miles of private mountain trail located approximately 15 miles southwest of Beckley near Sophia, West Virginia. The park is one of most popular of several off-road parks in southern West Virginia.

The May 2 kick-off will reopen existing trails, lodging, facilities, and other amenities for guests ridin ATVs, UTVs, and dirt bikes, Corcoran said.

Later this season, park officials will introduce truck- and jeep-trail access on select trails and in some areas of the park. New "play areas" will later open near trailhead and along the trail system as well as some highly anticipated new trails, she said.

Frequent-rider passes and annual passes will be available as well a community program for those who live on or adjacent to the trail system, with proof of residency.

“We are all glad to have to opportunity to welcome back old friends and look forward to making new ones, Corcoran said. "For many of us, both the staff and riders, Burning Rock has been home for years, and we are elated to see the doors, and trails, reopen." 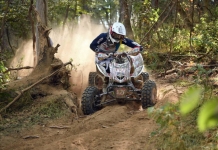 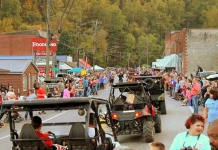 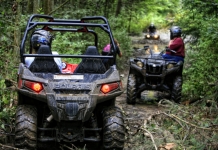