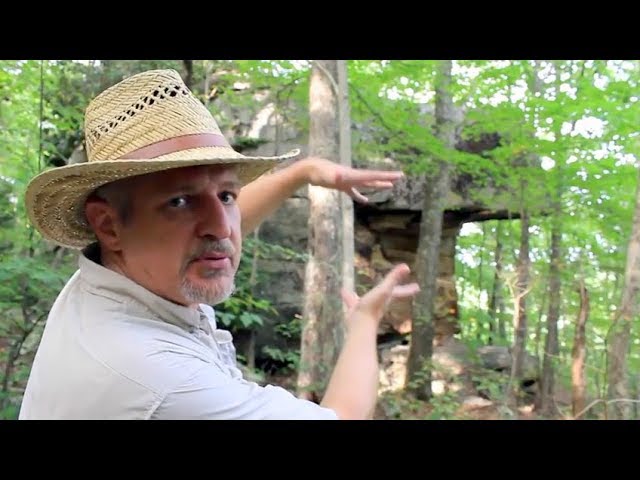 Last week I found time for a stroll on the trail to Ship Rock at Beckley — a loop that wanders a mile through cliffs and boulders along the Piney Creek Gorge. For years the rock had been a favorite picnic-spot but was difficult to reach until 2014 when Gary Morefield opened he path that leads to and from the YMCA Soccer Complex.

As a result of his determination, the Ship Rock Trail opened the woodlands around the complex to new outdoor-recreation opportunities and led to the opening of many more trails — Old Farm, Drop-Off, Rock Ridge, and Mill Branch, which notably leads to the ruins of the old Beckley Mill, established by town-founder Alfred Beckley in the 1830s.

Standing beneath the rock's "prow" I began to think about the nature of the name "Ship Rock" and the frequency of its use. Only a year before I'd hiked alongside a Ship Rock near Fayetteville and this past weekend Wes Wilson, the executive director of the Tug Valley Chamber of Commerce, told me about a Ship Rock on the ridge above Williamson.

Thinking back, I'm sure I've heard of plenty more Ship Rocks across West Virginia, and I assume there must be at least one in each county. That said, every few square miles of earth on which rocks present themselves and in which local cultures are familiar with ships must be home to such a rock. Here in the Mountain State, where there are plenty of rocks, there must be many.

Shiprock in San Juan County, New Mexico, may be the best known such rock in the U.S. The Navajo called it Tsé Bitʼaʼí, "winged rock," which refers to the legend of a great bird that brought that people from the north to their present lands. The present name "Shiprock" derives from its resemblance to a 19th-century clipper.

As of today, we've listed two Ship Rocks on our Ship Rock page at West Virginia Explorer and are hoping readers help us add to the list, providing photos, directions, and access information. We'd also like to have some idea of length, width, and height. And some idea of weight might be interesting. Among the most common rocks found in West Virginia, sandstone and limestone weigh roughly 150 pounds per cubic foot and siltstone weighs 142 pounds.

If you know of a publicly accessible "Ship Rock" or such a rock that is a well-known local landmark, please contact our editorial staff or add your comments below.