The event marked the beginning of a march over more than 600 miles to join George Washington’s Continental Army in Cambridge, Massachusetts.

The beginnings of the Bee Line March will again come to life Sunday, July 21, during “Beeline: A Celebration” from 5-7 p.m. at the Town Run Tap House and Community Pub at 202 E. Washington Street.

The event will include academic presentations and living-history demonstrations meant to engage audiences of all ages.

During the two-hour program, Dr. Benjamin Bankhurst, assistant professor of history at Shepherd University, will present “Impressions on Loyalism in the Greater Shenandoah Valley, 1775-1783.”

Travis Shaw, public programs coordinator for the Mosby Heritage Area, will present “‘I am persuaded they will do great execution’: the Virginia and Maryland Rifle Companies of 1775-1776.”

Reenactors will be present throughout the evening to discuss the material culture and daily life for soldiers in the British and Continental armies during the Revolutionary era.
A $10 donation to benefit Morgan’s Grove Park is suggested. 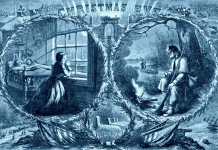