The West Virginia Division of Natural Resources over the last two years has added more than 31,200 acres to the state's public lands in the northwestern state with the creation of seven new wildlife management areas and the expansion of another four.

Jerry Westfall, a wildlife biologist for the division's sixth district, a ten-county area in the western part of the state, says the growth is a boon for hunting, trapping, fishing, and wildlife viewing in the upper Ohio Valley region.

“These WMAs are extremely important for wildlife conservation and greatly increase opportunities for folks to enjoy outdoor recreation," Westfall said.

The division also has expanded four existing management areas in the district, including Frozen Camp in Jackson County, Hughes River in Ritchie and Wirt counties, Ritchie Mines in Ritchie County, and Sand Hill in Pleasants, Wood, and Ritchie counties.

Hunting access to these areas, which include former commercial forestlands, was limited in the past, Westfall said.

The DNR acquired the properties in 2020 using a combination of hunting and fishing license fees, Federal Sport Fish and Wildlife Restoration Act funding, and impact fees from pipeline development companies.

Access to these new and expanded WMAs is free to the public.

A highlight of the purchases is the 8,255-acre Little Kanawha River Wildlife Management Area, which is managed as an older-aged deer management area where the buck harvest is restricted to animals with a minimum outside antler spread of 14 inches (approximately ear-tip to ear-tip).

“Many hunters enjoy hunting in areas where bucks are allowed to mature to a certain antler size before harvest, so we expect the Little Kanawha River WMA to become really popular,” Westfall said.

The new management also increases fishing access to large water bodies, such as the Hughes and Little Kanawha rivers, and access to management areas from the North Bend Rail Trail, which runs through parts of the district.

Hunters, trappers, anglers and other wildlife enthusiasts are encouraged to check out maps to the District 6 WMAs. To download WMA topographic maps of the areas, go to WVdnr.gov/gis-mapping or use the WVDNR's hunting map tool at mapwv.gov/huntfish.

Maps also are available during regular business hours at the WVDNR District 6 Office, located at 2311 Ohio Avenue in Parkersburg. 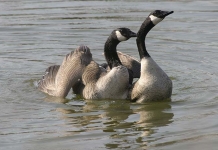 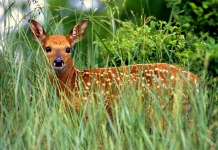 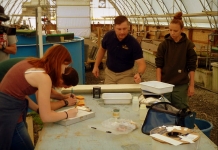