If you grew up listening to the lore of old-timers in southern West Virginia, chances are you've heard of mysterious stone walls atop Armstrong Mountain, a stone's throw from the New River Gorge National Park and Preserve.

Handed down as fireside tales, stories of their construction and strange purpose may have become the stuff of legend, but scholars have confirmed that they're hardly born of imagination.

The walls are real, though the objectives of their construction are as little-understood today as they were 200 years ago when European settlers first chanced across them in the wilderness. Were they enormous pens for giant livestock? Fortresses raised against a terrifying enemy?

As a young newspaper reporter growing up in the region in the 1980s, I'd come across plenty of information regarding the walls, but I was dissuaded from exploring whenever I voiced an interest. Archaeologists would change the subject when I began to ask questions. Coal-operators would discredit the walls as unimportant.

Why did the walls inspire such secrecy?

Looking back, I realize scholars were attempting to quiet rumor of the walls to protect them. And I suppose coal operators were considering how news of such ancient works might hamper operations. In fact, the "Mount Carbon Stone Walls" are not the only earthworks of mysterious origin alleged in the coal-bearing mountains of the southern state.

More than a quarter-century has passed since my first inquiries, and secrecy appears to have done little good. The mountain has never been extensively mined, and archaeologists who have visited the walls report that any important relics might have been carried off over the last 200 years.

With the advent of the Internet, reports and rumors about the walls have been carried farther and faster than academics might have suspected, and intrepid relic hunters have not had a difficult time finding the ruins. At least those who have the energy to hike high into the mountains have not, for the walls ramble through rugged, stony forests and across steep hillsides, tangled in old trees, perched hundreds of feet above the banks of the Kanawha River.

Three archaeologists presented their discoveries about the site to the West Virginia Archaeological Society and concluded that those questions could not then be answered. Sigfus Olafson, Joseph W. Inghram, and Edward V. McMichael spent much time visiting the locale and reviewing written records that hearkened back as far as 1876:

"The first definite comment of awareness of the walls would probably be in 1818, for Atkinson (1876) relates that Dr. Thomas S. Buster, who told Atkinson about the walls, had first seen them 58 years ago. Dr. Buster took title to several tracts of land in the area of the mouth of Armstrong Creek and appears to be the first permanent settler in the immediate area of the walls, though Paddy Huddleston was living across the river at an earlier date. The senior Buster, however, appears to have had little interest in the walls, having lived at a time when Indians were still a threat, not a curiosity."

Olafson, Inghram, and McMichael spent a good part of 1958 exploring the mountain and provided this, the best description of the site so far:

"The northernmost limit of the site is about one mile south of the mouth of Armstrong Creek, and from this point, it extends southward for an airline distance of about three miles, or five miles if the meanders of the ridge top are followed. The principal feature of the site, is, of course, the “stone walls”. Actually windrows would be more appropriate in that these are not laid-up walls but rather crude rows of loosely piled rock...

"Beginning on the north, the first encountered (See Map 2). has been designated Wall 1. This is a U-shaped windrow of loosely piled rocks crossing the ridge as it slopes down to the Kanawha, just east of the mouth of Armstrong Creek. It is about one-half mile south of the river, but it lies 1,200 feet above the river level or 1,790 feet above sea level. This structure rests on a fairly level bench or shelf where it crosses the ridge and is well preserved. It is about two feet high and about 20 feet wide."

The three archaeologists concluded in their report that despite their best efforts, the origin of the walls might forever remain a mystery. Of three options proposed for their origin, the three revealed that most mysterious was also the most likely:

Were the walls defensive?

"The writers’ cannot regard these walls as defensive for several reasons. They are not well situated for defense, generally being on steep slopes instead of on the brows of the ridges where they would have had to be placed to be effective. They are not high enough to afford much protection, unless used to hold upright a log stockade or other such superstructure, and there is no evidence that such was used. Furthermore, the very size of these enclosures, if that is what they were, rules out consideration of a stockade."

Were the walls intended as an enclosure?

"It also does not seem likely that these were enclosures into which game animals were driven, after the manner of some western tribes. The buffalo about the only animal that could have been so taken, seems to have been a late arrival in the area since no evidence of its presence is found in any except possibly very late sites. It was also an animal that disliked rugged terrain, and Mount Carbon is about the last place one would expect to find them. The idea that these were fences to keep animals out of fields hardly needs further comment."

Were the walls ceremonial?

For lack of any other explanation, perhaps so. "This, then, leaves the possibility that these structures may have had some ritualistic or ceremonial significance in the life of the people who built them. However, this is only supportable by virtue of the fact that other explanations are inadequate and are eliminated."

Like many other scholars, I tend to agree with Olafson, Inghram, and McMichael: the origin of the walls may never be known, unless some pioneer in the field comes forth with new information.

Perhaps in years to come our understanding of the cultures that inhabited the region in ancient times will come to be understood. For now, these walls at least attest to the fact that humans inhabited the mountains here for eons before the arrival of Europeans and that their intentions appear to have been as ceremonial as the Eqyptian pyramids and Mesoamerican ruins.

Think you’ve found an archaeological site? Here’s what to do next

Some of the most common requests fielded by the Council for West Virginia Archaeology come from members of the public who have found what may or not be an archaeological site.

Invariably there’s a lot of excitement as the mystery of the site begins to take hold. How old might it be? What artifacts might it contain? Will the government be willing to excavate the site? Read the full story here. 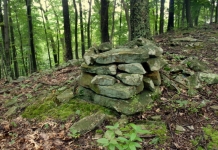 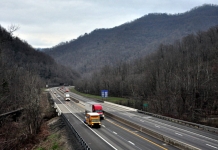 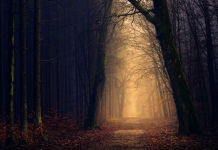