Language has partly defined the way people in Appalachia are perceived in other regions of the U.S., according to two researchers at West Virginia University. Yet many natives stand their ground and continue to use vowel sounds that give away their linguistic roots.

Kirk Hazen, director of the West Virginia Dialect Project and professor of linguistics in the Department of English, said Appalachian people are stigmatized for their speech and may be marginalized in school or the job market because of that stigma.

Yet many speakers decline to employ language that is less stigmatized and maintain stigmatized language features, like accents, often because of a sense of identity, he said.

“Teachers who are more proactive can help create those classrooms where we interrupt stigmas whether those were about language or racial or social class identities,” Hazen said.

“When we do not disrupt the social stigmas that are limiting to people's ability to envision a broader future, then that's a serious problem educationally.”

One of the speakers Hazen referred to in his work was a high-school student from the Kentucky coalfields who was selected for a summer arts academy in Lexington, where her speech was ridiculed.

“And that made her never want to go back and not go to college outside her region,” according to Audra Slocum, a professor of English education.

“She doubled-down on staying home and holding on to those vernacular features.”

Slocum, also the co-director of the National Writing Project at WVU, notes that the language features associated with the region are not right or wrong, but society has assigned the meaning to the variations.

“There isn’t a singular Appalachian English; there’s not just one set of patterns," she said. "It’s a whole host that people pick and choose from in different contexts for different purposes and there are social consequences attached to those choices.”

Hazen said any time people interact, the language and linguistic nuances are exchanged. In fact, the evolution of language and shifts in vowel sounds happen only in two-way encounters, whether they are face-to-face or online.

And while Appalachia, in reality, is no more isolated than any other region in the U.S., that description fit the goals some writers in the late 19th and early 20th centuries had for the region’s representation—rural, pristine, pastoral.

Slocum said the myth of Appalachian exceptionalism implies that the region is somehow different from the rest of the country. That myth, she said, when laminated onto the language, means people, Appalachians included, will look for differences and maintain certain elements to sort people according to those differences.

Standard or not, Hazen finds beauty in the iterations of Appalachian speech, and he believes that if both the regional speakers and those who judge them discover how language works, it may give them hope.

“We might be able to foster understanding of their own society and of themselves, but also for other people and their variety of language,” he said.

Listen to “How We Talk,” a Sparked podcast from WVU Magazine.

This story was based on a piece initially published by Jessica McGee, Marketing and Communications Director, WVU Eberly College of Arts and Sciences. 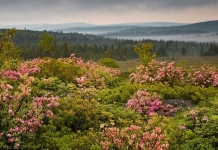 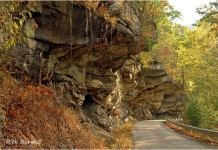 Isolated Webster County in W.Va. once declared itself a state