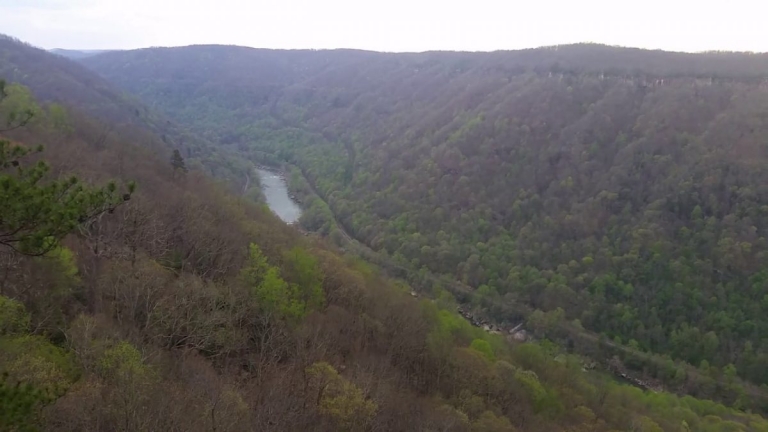 Defined by its cliff-lined rim, the spectacular New River Gorge is the centerpiece of the New River Gorge National Park and Preserve in southern West Virginia, one of three areas of national parkland in the Appalachian Mountains there.

David Sibray surveys the gorge from Beauty Mountain, a cliff that affords a good vantage of the gorge near Beauty, West Virginia, where its rim is most defined.