If you were an unruly boy growing up in West Virginia prior to the 1980s, there's a chance your misbehaviors were met with the threat of banishment to Pruntytown.

Pruntytown! Any infraction that could not otherwise be dealt with might lead to the mention of the word by adults. For many, the threat of being shipped off to this dark and mysterious place was so effective because it was practically incomprehensible. What was Pruntytown? Could there be such as place? That uncertainty seemed to be common.

"I remember not understanding exactly what Pruntytown was, and that made it all the more threatening," recalls Carlos Escobar, who grew up in Charleston.

"I did not really believe in the place or that I'd be sent there, but because it was called a 'town' and because it might have been associated with prunes. How were prunes involved?

"It was bizarrely effective—on the same level as being given lumps of coal rather than toys for Christmas."

However, adults who lived anywhere near the town knew that it was a very real place. Photographer Brian Peterman, who grew up not far from Pruntytown, says knowing it was real might have made the threat worse.

As part of their reformational experience, boys were made to work on a nearby state-managed farm, which later became a state game farm and is now the Pruntytown State Farm Wildlife Management Area.

Both the facilities at Salem and Pruntytown closed in 1983, after which the girls’ facility was redesignated as the West Virginia Industrial Home for Youth, and in 1985, the facility at Pruntytown became a state prison for adult offenders of both genders, renamed the Pruntytown Correctional Center.

The facility now has a capacity of 369 inmates with a 24-bed substance-abuse treatment unit and an additional 24 beds designated as pre-treatment. Its residents are now classified as low-public-risk inmates.

Long before Pruntytown had become infamous as a reformatory, it enjoyed fame principally due to the character of its founder, "tempestuous, profane" John Prunty.

First known as Cross Roads—due to its location at the junction of the Washington Post Road and the Booth's Ferry Pike—the community was incorporated in 1801 as Williamsport. It became Pruntytown in 1845, thanks to Prunty, and was made the seat of justice for Taylor County, though in 1878, the seat was moved to nearby Grafton, West Virginia.

According to an article regarding Pruntytown in the West Virginia Heritage Encyclopedia, John Prunty was a man of great stature, "powerful and never seen without a five-foot staff in his hands."

"He was a tempestuous, profane man, and while serving as sheriff of Harrison County from 1795 to 1797 he is supposed to have blasphemed the court and magistrate for cheating him out of fees he claimed were due him for summoning witnesses. As a result, he was placed in the stocks, and Magistrate William Robinson tried to have him removed from office but was unsuccessful.

"Prunty objected to the small size of the new political subdivision when Taylor County was formed, and to appease him, Pruntytown was made the county seat."

In 1838 Rector College was established at Pruntytown and remained until the building was destroyed by fire in 1857. John Barton Payne, who became U.S. Secretary of the Interior and chairman of the Red Cross, was born at Pruntytown.

How the town of "Hundred" got its name

There was a time in the 1850s soon after completion of the B&O Railroad, but before the Civil War, when passengers on that remarkable iron road would clamber to the windows to catch a glimpse of "Old Hundred"—a marvel of a man who, even after his hundredth birthday, gardened, and labored, and worked his fields to the delight of passersby. Read the full story here. 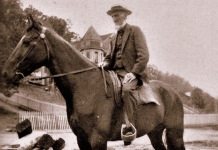 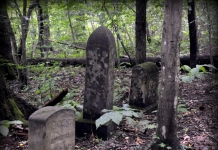 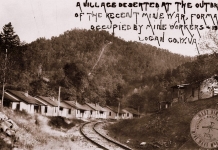