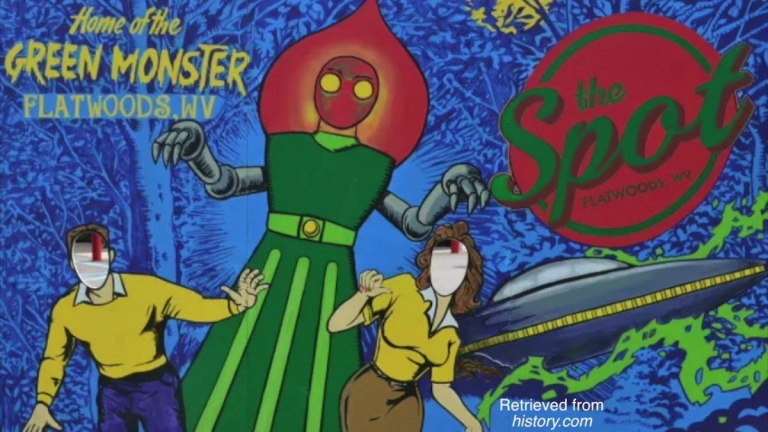 Braxton County's monster is unique among legendary West Virginia creatures in that its origins are quite clear: it came from outer space!

Beyond that, little is known of the monster, also known as the "Green Monster" or "Flatwoods Monster," or of what became of it, at least as far as the legend goes, says David Sibray, the publisher of West Virginia Explorer, which has helped popularize lore surrounding several beasts said to wander the West Virginia hills.

"Unlike some of the others, the origin of the Braxton County Monster is understood. It crash-landed in its spaceship near Flatwoods," Sibray said.

Sibray says the little town of Flatwoods, in central Braxton County, is enjoying an increase in tourism as a result of the monster's roll in the Fallout 76 video game.

"I spoke with Andrew Smith, executive director of the Braxton County Convention and Visitors Bureau, who tells me that travel to the area is increasing as a result of the monster's appearance in the game," he said.

Sibray had the opportunity to play the video game weeks before its release and said after in an interview with the magazine Games Radar that he was pleasantly surprised by the monster's portrayal.