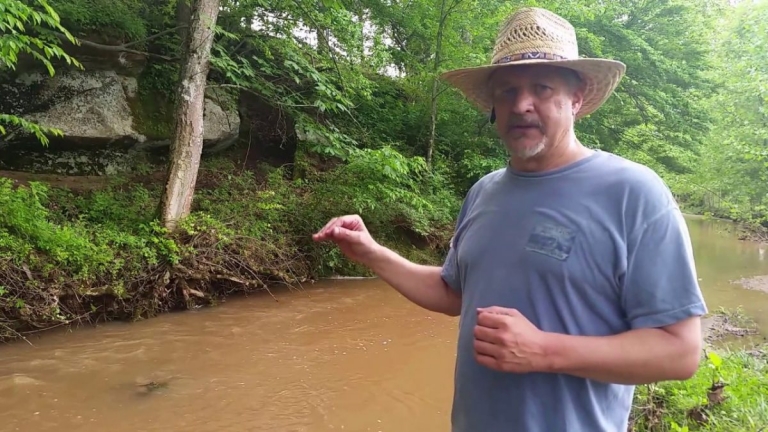 The tale of the Green-Harrison Tragedy is among the most enduring legends handed down from the settlement of the lower Kanawha Valley region of West Virginia.

As far as most sources are concerned, in 1813 settlers Charles Green and Alexander Harrison died while hunting bear on the upper waters of Eighteenmile Creek in Putnam County, West Virginia, near the Jackson County line. A cave in which they'd taken shelter for the night collapsed, fatally trapping the men, though the location of the cave had been popularly forgotten.

After publishing a story on the tragedy in March, I was contacted by descendant Heather Harrison, who guided me to information about the site and her family cemetery there. Heather is a descendant of Josiah Harrison, a son of Reuben Harrison who was not in the hunting party on that fateful day.

While at the site I was joined by a descent of a member of the Casto family who was likewise visiting the cemetery and confirmed that he had also been told that this was indeed the site as he'd heard about it as a youth growing up in the area.

You'll find a longer narrative of the tragedy here: Tale of Green-Harrison Tragedy haunts the hills of Putnam County

Other tales of hauntings and legends in West Virginia